According to Detiksport, Chou Tien Chen refused the post-match press interview following his shock defeat to Hong Kong’s Lee Cheuk Yiu in two straight games in the first round of the Indonesia Masters 2020.

Chou, accompanied by Victoria Kao, reportedly ignored the media and sat down in the athletes’ lounge while eating a banana.

A no-show at a post-match interview may be regarded as failure to fulfil media obligations. A 1500$ fine might be issued for this.

A similar situation happened when Lin Dan refused to be interviewed in Hong Kong Open 2017. The question of a monetary fine was also raised by some media outlets back then.

Meanwhile Danish veteran Mathias Boe rightly mocked the Badminton World Federation for a similar fine he received last year. He made it a point and showed that media mixed zones are non functional and almost nonexistent in badminton tournaments. 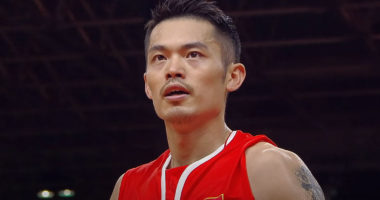 The vote for the Fans’ Match of the Week has gone to the World Championships 2003 mixed doubles final between Kim D… https://t.co/nnCkyO2ruw
2 hours ago
To watch Lin Dan in his prime was to see an apex predator in flight; so disconcertingly confident was he of his abi… https://t.co/H8HK7XJBS5
3 hours ago
One 1980s player you wish was playing against today’s generation of shuttlers is ____.
4 hours ago