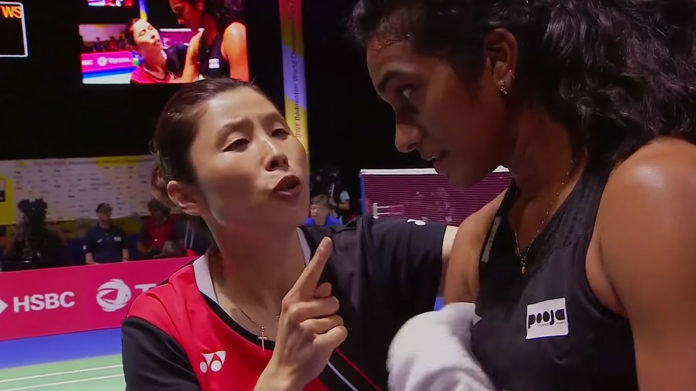 World champion Pusarla V Sindhu’s former coach Kim Ji Hyun in a recent interview reflected on her brief coaching time in India. She described of an incident where she thought the Indian athlete was “heartless”.

The video interview was uploaded by a channel named “장기린의 배드민턴” on youtube.

Kim Ji Hyun abruptly left the Indian Badminton team soon after PV Sindhu won the gold at the world championships in Basel. Thereafter she has joined the AP Badminton Club in Chinese Taipei.

Here is a brief excerpt from the interview where she talked about Sindhu.

Jang (host): Before you came to Taiwan, you had been in India for 6 months, and during those 6 months, you made this amazing career. There is Sindhu, the Indian badminton player. She won World Championship this year. You are a coach who helped India win a gold medal at world championships for the first time in history. You’re as famous in India as Park Hang Seo is in Vietnam (South Korean soccer coach who has lead the Vietnam soccer team greatly).

Kim: I did a lot of personal training with Sindhu. She’s powerful and runs well, but she didn’t have many skills. I analysed her previous plays and told her, “Do this, when a ball is coming this way” before she started her game. That actually worked and she did great at her game. Sindhu had started to win several games, so she began to believe in me. Before we went to the World Championships, I got terribly sick. I went to the hospital and got IV (Intravenous) five times, but nobody came to see me. Sindhu only asked me, “When are you coming (back) to coach me?” So I thought she is heartless and only needs me when she is training. After winning the World Championship, we were supposed to come back to India together because we went to the Championships together, but she told me to go back alone. So I asked her, “Why should I go back alone? What about you?” She said she had to receive some prizes. I said, “Do you abandon me after winning?” (sarcastically) and then she said, “Oh, Coach, Okay Okay.” If I hadn’t said that, I would not have seen her awards ceremony and couldn’t have done anything.

Jang: The people in India loved you, but among the coaches, there was a lot of jealousy and envy. I don’t know much about Sindhu, but according to what you said, she thought she won because she did great by herself. But in fact, players can use their highest abilities because of coaches. Without a coach, players cannot raise their abilities to a higher level.

Kim: I went to India to learn something, but there was nothing to gain. We must do exercise/training with a positive mind and help each other with teamwork, but they were only jealous and envious. Also, what they only cared about was how to catch up with other coaches and how to copy other coaches’ training methods. When you train your player, everyone just copies it. I should have been happy at the gym (training centre) but…

This is a big revelation coming from the South Korean coach. It is to be noted that a few foreign coaches have left the Indian coaching team in the last two years. All cited personal reasons and are coaching elsewhere right now, just like Kim.

The original video interview in Korean can be found below. 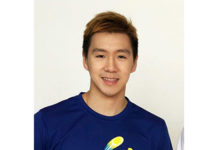 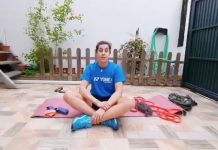 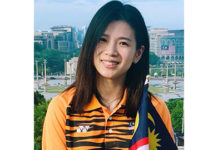