Marcus Fernaldi Gideon’s QnA: From his favourite anime to being a Lee Cheuk Yiu lookalike

Marcus Gideon held a QnA session and shared some juicy titbits with his fans. The QnA video is on the Youtube channel Diary NyoNyo & Nya, which his wife Agnes Amelinda Mulyadi manages.

Marcus was casually making doughnuts like a champion in the kitchen as Agnes shot him with the questions. According to the family members, the doughnuts made by Marcus turned out to be pretty delicious.

The questions came from followers on Instagram. Here are some of the interesting questions (Q) and answers (A) from the video.

Q: Do you like Korean dramas?
A: Yes, there are some that I like, which are good and funny.

Q: If you have a second child, boy or girl, what name will you give him/her?
A: If it’s a girl, I will leave it to my wife. If it’s a boy, I will think about it.

Q: Why do you keep your nails long?
A: Secret.

Q: Do you think you look like Lee Cheuk Yiu (Men’s singles player from Hong Kong)?
A: No, I’m more handsome.

Q: When will Junior (his son) have a younger brother/sister?
A: It’s up to my wife. When does she want it?

Q: Why did you choose Agnes to be your wife?
A: Because we are suited for each other.

Q: Which foreign badminton player are you close to?
A: Who? All of them!

Q: What is your favourite anime character?
A: Monkey D. Luffy (One Piece) because he has so many friends and also so many supporters.

Q: If Junior grows up, will he be a doctor (his wife’s occupation) or a badminton athlete?
A: It’s up to him, but I want him to be a badminton player.

Q: How did you feel when you found out that Tokyo Olympics is postponed?
A: Just normal feelings, nothing much, just enjoying and relaxing.

Q: If you could choose a foreign badminton player as your partner, who would you want to be partners with?
A: Who can it be? I haven’t really put much thought to it.

Q: Do supporters have an effect on you (while playing)?
A: Yes, especially when I am playing in Indonesia Open.

The full video on YouTube channel NyoNyo & Nya Nya can be found here. 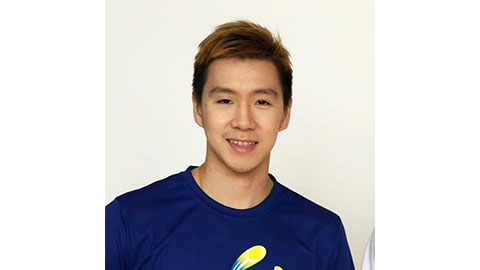 #OnThisDay last year, 🇨🇳 Chinese teenager Wang Zhi Yi clinched her first HSBC BWF World Tour crown 👑 at the YONEX U… https://t.co/qIEsRX8Nbl
2 hours ago
Day 1⃣2⃣1⃣ without #badminton. 1⃣2⃣1⃣ – Age of the world’s oldest badminton tournament, the YONEX All England Open… https://t.co/JWQRoWsewa
4 hours ago
Which one of these two matches featuring Carolina Marin 🇪🇸 would you like to see for the Fans’ Match of the Week?… https://t.co/kYoh9tY55I
5 hours ago