Akane Yamaguchi reminisced her badminton journey in a Twitter video

Akane Yamaguchi shared a video on her twitter handle that reminisced her badminton journey through the years.

The video starts by showing a young Akane at the age of 3 years and ends with her current self of 22 years.

The video shows a perfect picture of her commitment and love for the sport. She has practically grown up with a racket in her hands.

She is the youngest player to win a Super Series title at the age of 16, winning the 2013 Yonex Japan Open title. In doing so, she also became the first female Japanese player to win the Japan Open.

She confesses that her husband, though lovely in many respects, “still has the Jewish hypersensitivity toward all criticism of his race.” She admits that she frequently tries “to see things from the Nazis’ point of view and to find excuses for the things they do,” only to be met by the “hurt confusion of my husband.” She argues that Jews “must make some practical and rational effort to adapt their ways more graciously to the Gentile pattern, since they prefer to live in Gentile lands.” She confesses that “our hottest argument concerns the question whether there exists such a thing as a Jewish problem.”

This piece makes its way around the internet every so often as a memento from an anti-Semitic time capsule. The appended comment is always along the lines of: Can you believe the Atlantic published that? The unstated, but obvious, corollary, is no reputable outlet — least of all the Atlantic — would publish any such piece today. An editor would read the words “It is only when Ben is surrounded by his family that he lapses into Jewish ways, and then, no doubt, because of his early Jewish training,” DM her colleagues in astonishment, and send the submission to the trash.

There have always been boundaries around acceptable discourse, and the media has always been involved, in a complex and often unacknowledged way, in both enforcing and contesting them. In 1986, the media historian Daniel Hallin argued that journalists treat ideas as belonging to three spheres, each of which is governed by different rules of coverage. There’s the “sphere of consensus,” in which agreement is assumed. There’s the “sphere of deviance,” in which a view is considered universally repugnant, and it need not be entertained. And then, in the middle, is the “sphere of legitimate controversy,” wherein journalists are expected to cover all sides, and op-ed pages to represent all points of view. 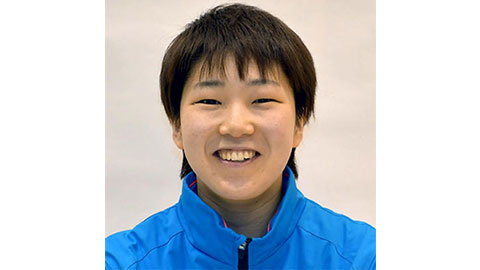 #OnThisDay last year, 🇨🇳 Chinese teenager Wang Zhi Yi clinched her first HSBC BWF World Tour crown 👑 at the YONEX U… https://t.co/qIEsRX8Nbl
3 hours ago
Day 1⃣2⃣1⃣ without #badminton. 1⃣2⃣1⃣ – Age of the world’s oldest badminton tournament, the YONEX All England Open… https://t.co/JWQRoWsewa
5 hours ago
Which one of these two matches featuring Carolina Marin 🇪🇸 would you like to see for the Fans’ Match of the Week?… https://t.co/kYoh9tY55I
6 hours ago